I've decided to stay on LJ for the time being. However, I followed the example of one of my flisties and friend-locked any posts with more questionable content (e.g. fic belonging to a genre beginning with the letter "s"). Maybe I'm being overly paranoid about the possibility of censorship, or maybe these measures won't be enough if LJ does start censoring its content, but I figure it can't hurt.

If you're already on my flist (those of you still left on LJ), the friend-locking isn't going to make any difference. If you're just a casual visitor, you can find all of my stories (with the exception of Action Figure Theatre and some

jackycomelately birthday fic) here on AO3. ALL of my fic is available on or through Dreamwidth. You're more than welcome to friend me on LJ, Dreamwidth or both -- if you haven't done so already.

I seriously need to revamp my Dreamwidth Fic Masterlist as it was imported from LJ and a lot of the links are to LJ. I've also done a lousy job of updating it. I'm going to try to revise it soon. 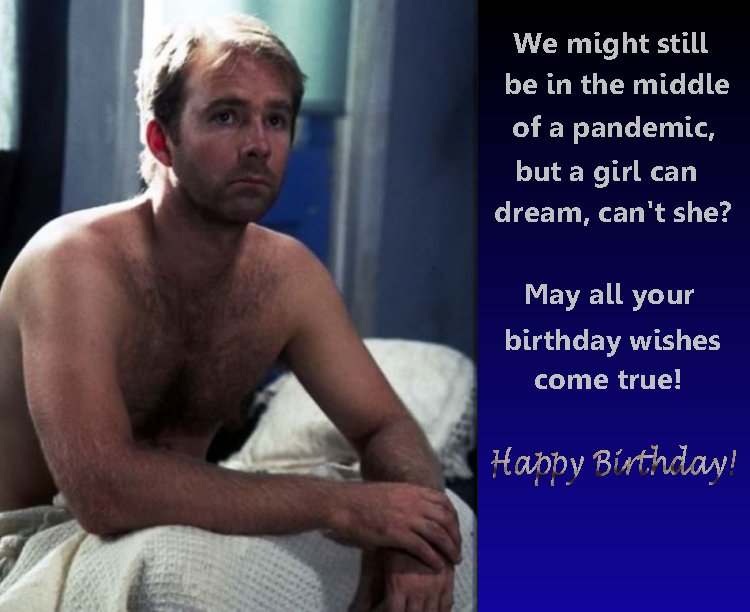 It's been ages since I posted any cat photos, so I thought it was high time I remedied that situation. I was lucky enough to be able to get some rather adorable pictures of both Tuppence and Barnaby over the holidays and here they are: 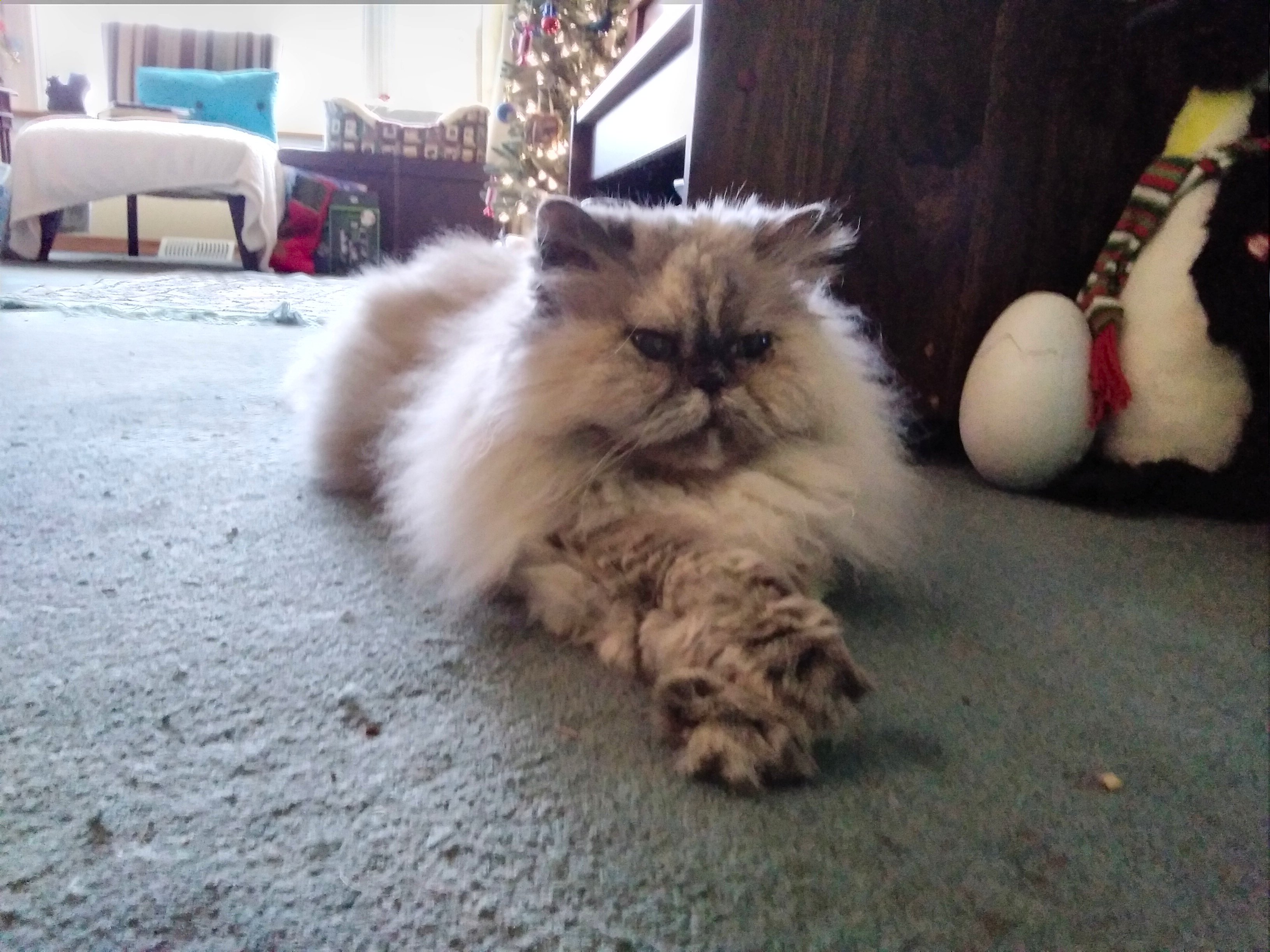 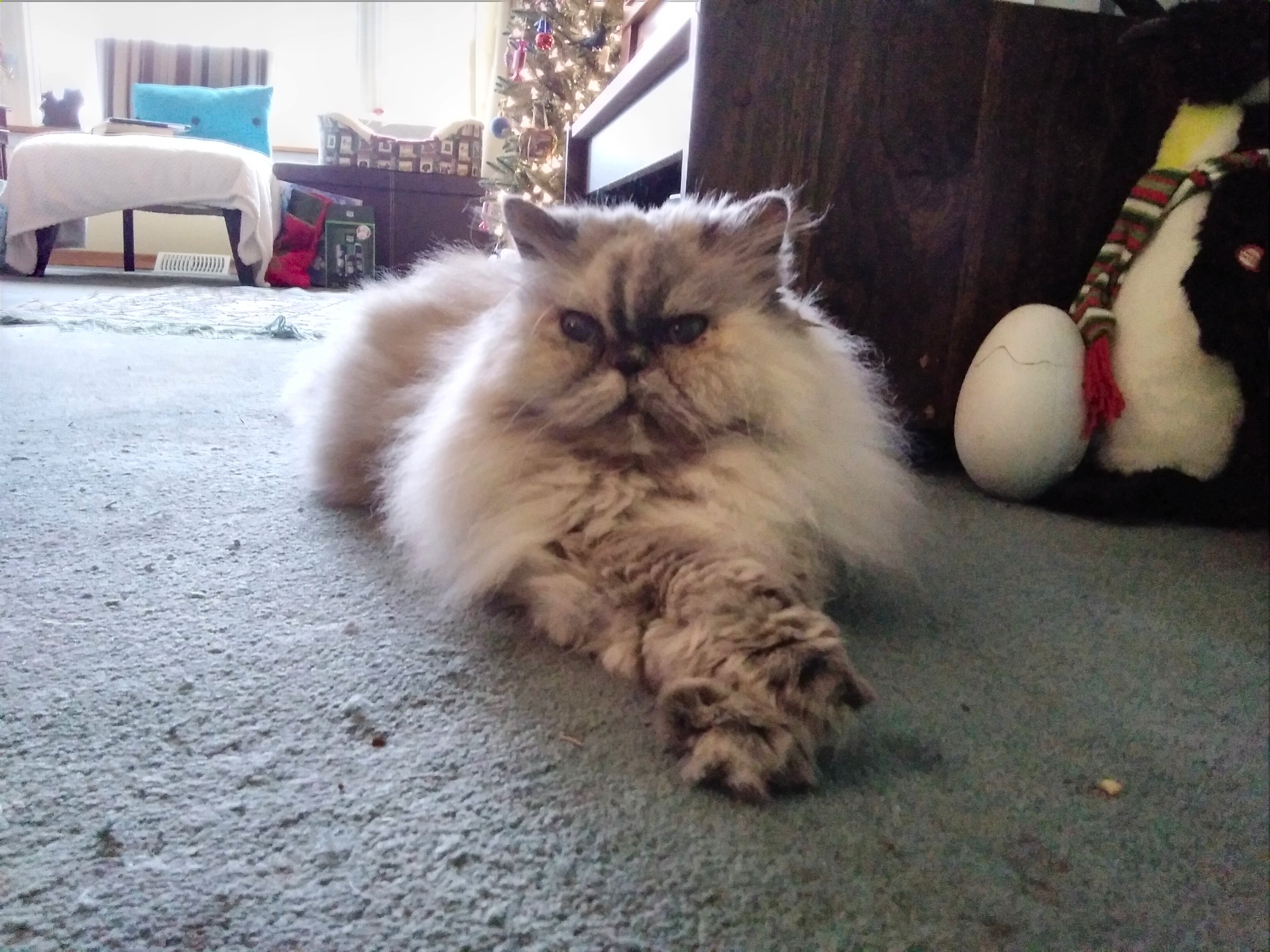 Tuppence will sometimes cross her front paws in a wonderfully lady-like fashion. 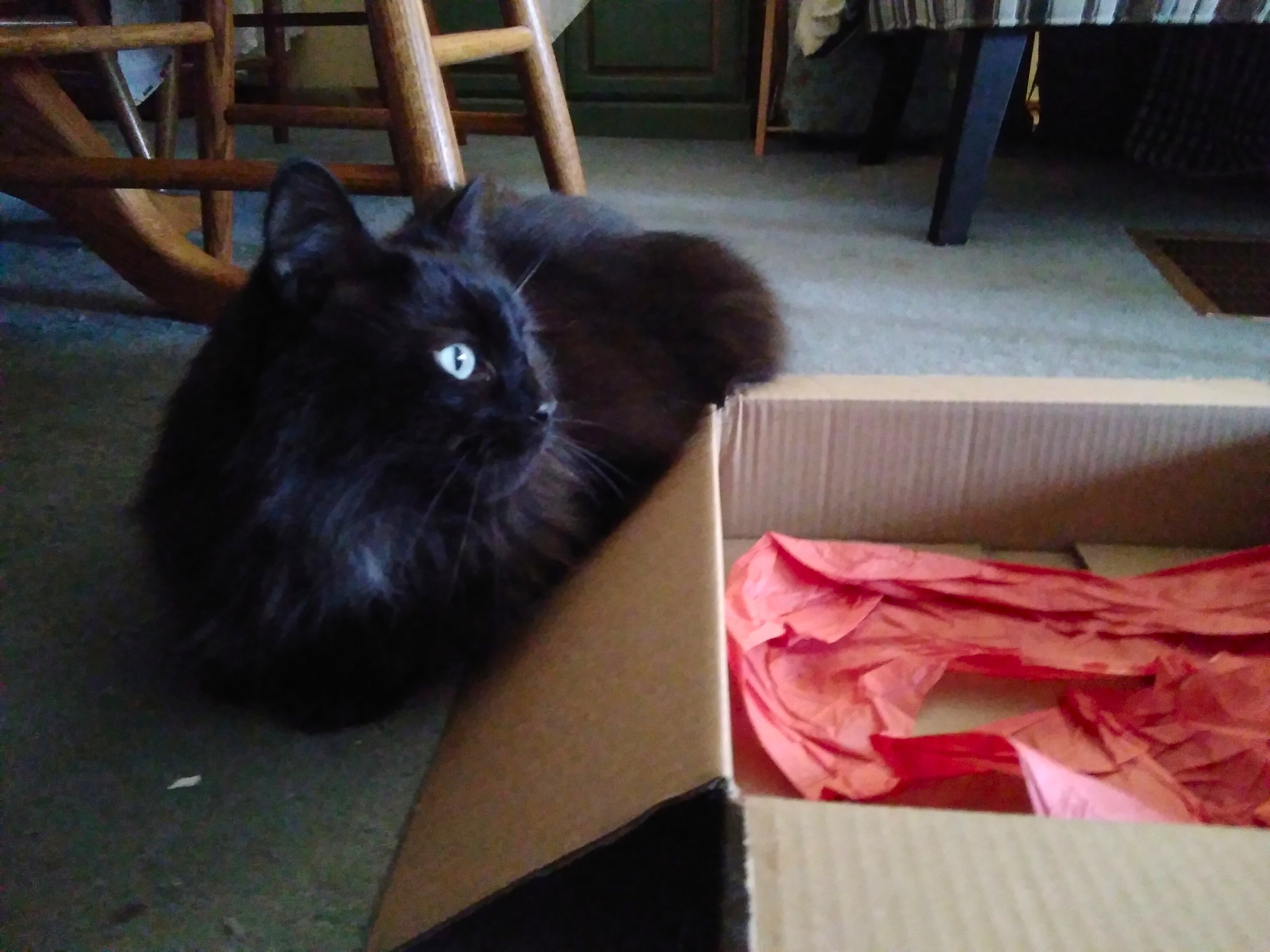 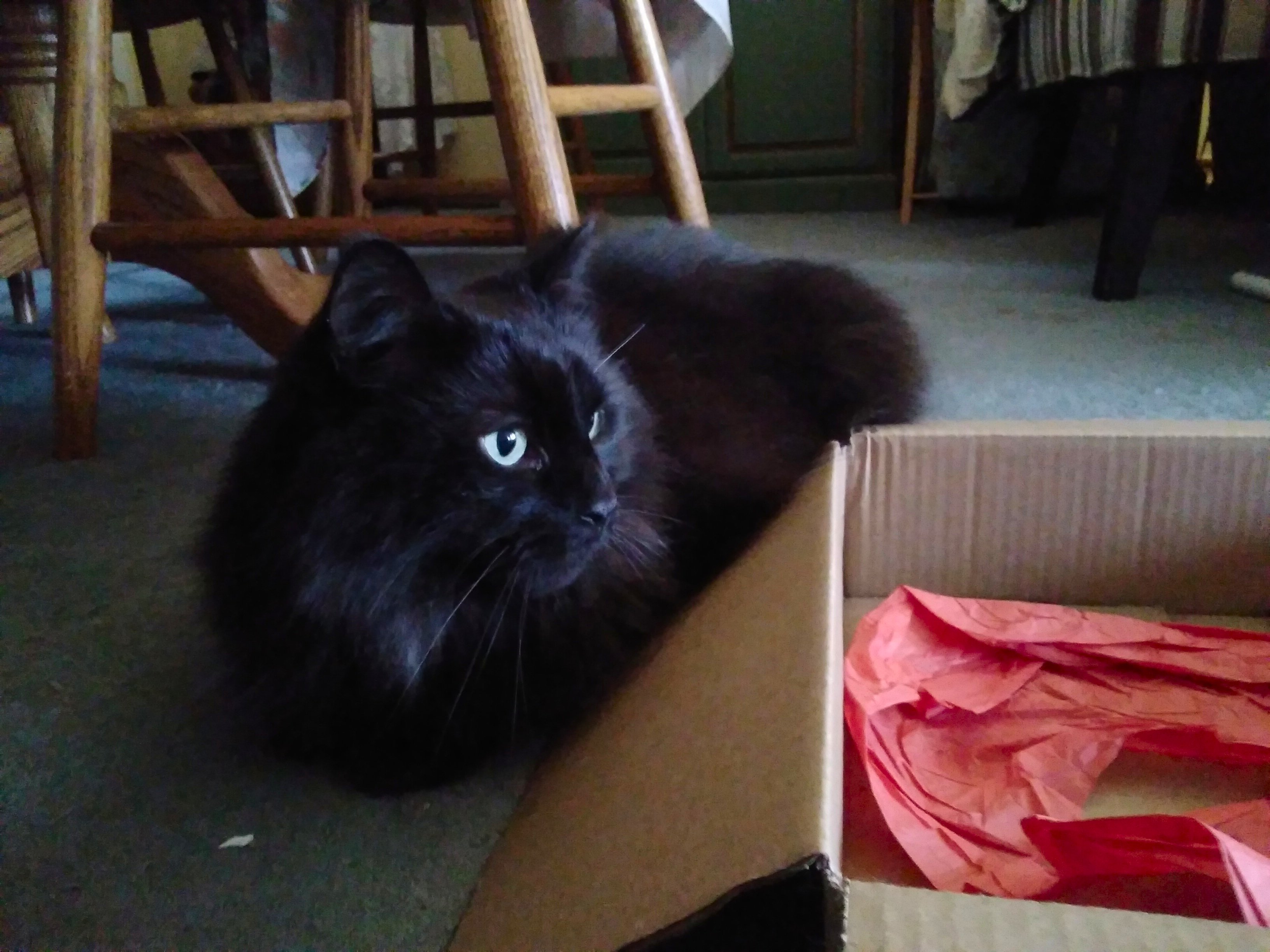 Barnaby loves a box. I had an Amazon package come in this one
and Barnaby claimed it at once. Surprisingly, he's not in it. 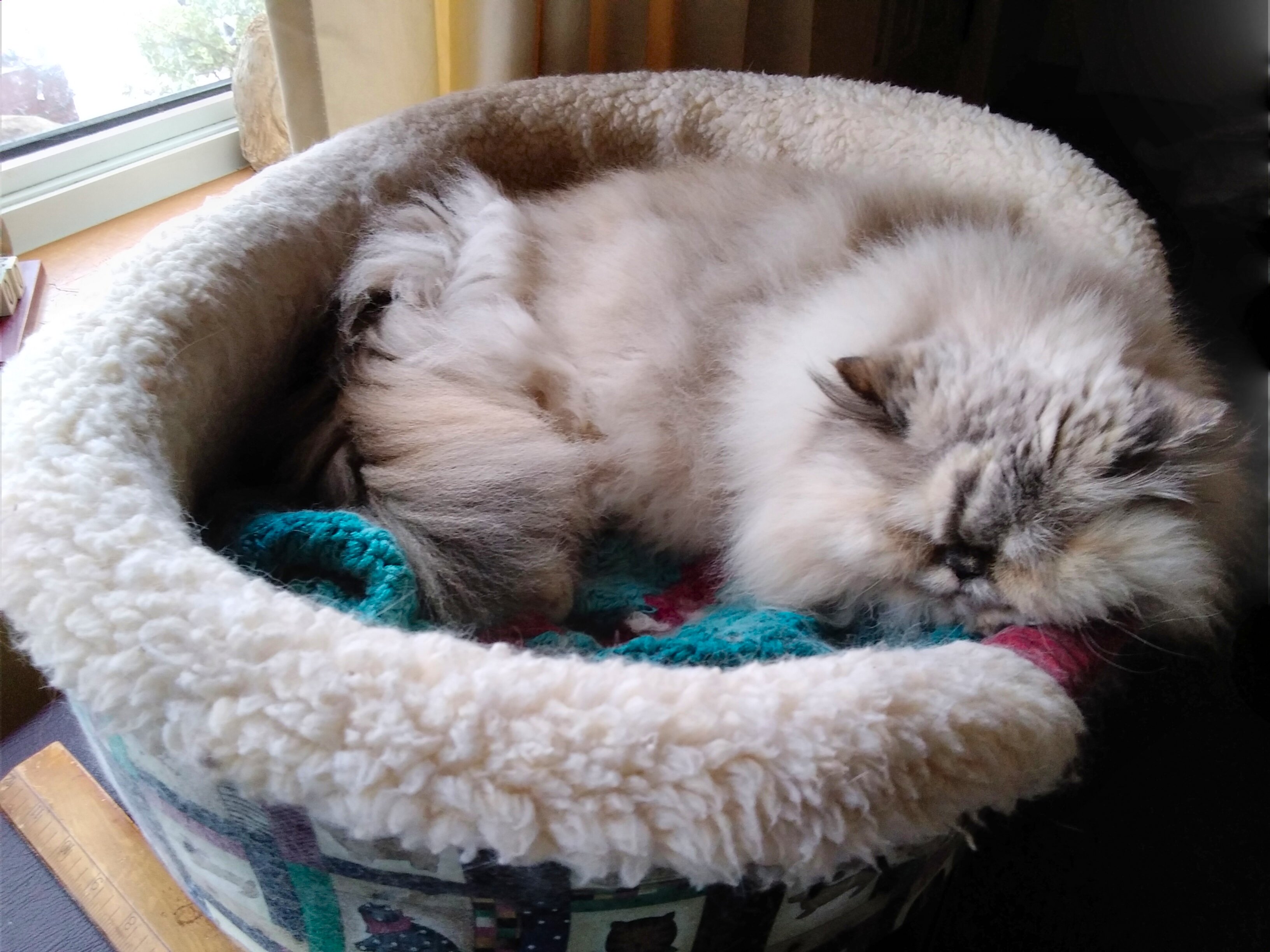 It's completely exhausting when you're this cute.


I actually did take some pictures of the human members of my family, but I had to promise not to post any of them... 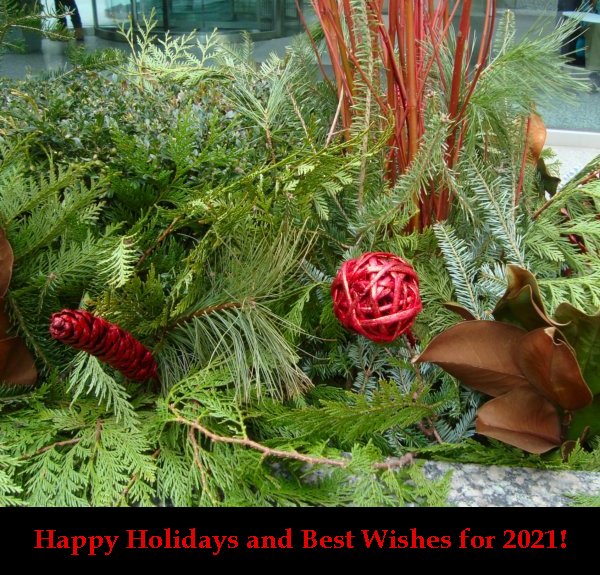 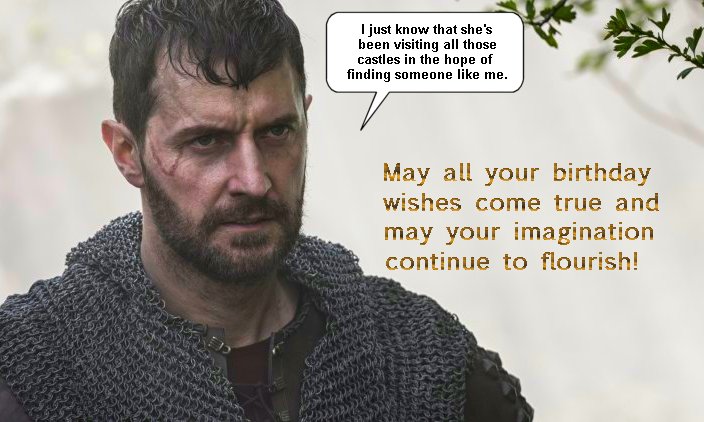 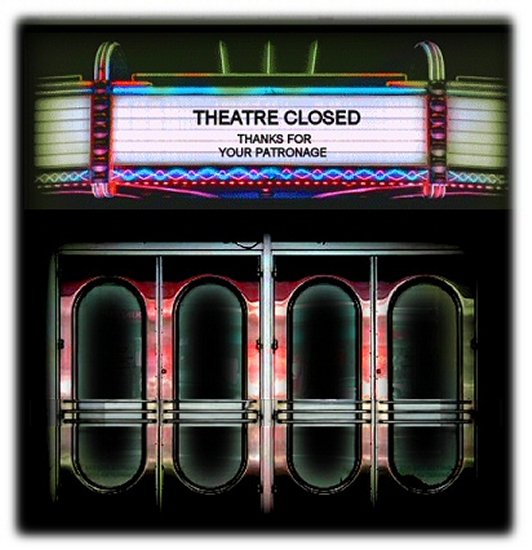 I was both thrilled and surprised to learn that 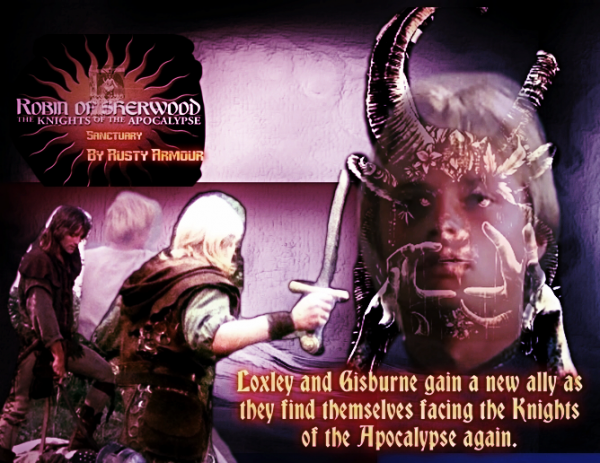 I posted the story on Friday, so I honestly wasn't expecting to see cover art this quickly. And it's such fantastic artwork too!

raven714 has managed to convey exactly what the story is about by combining just the right images and elements. I think it's a really clever and unique design. Thank you so much for creating such wonderful artwork for my story,

I should point out that there are two other versions of this cover art that can be found here.

Title: Sanctuary
Author: Rusty Armour
Fandom: Robin of Sherwood
Characters: Guy of Gisburne, Robin of Loxley, Robert of Huntingdon
Category: General
Rating: PG-13ish
Word Count: 20,555
Summary: Loxley and Gisburne gain a new ally as they find themselves facing the Knights of the Apocalypse again. However, they may also have to confront an even more dangerous enemy.
Spoilers: Some spoilers for and/or references to “Robin Hood and the Sorcerer,” “The Witch of Elsdon,” “The Children of Israel,” “The Enchantment,” “The Greatest Enemy,” “Herne’s Son,” “The Power of Albion,” “The Cross of St. Ciricus,” “Rutterkin” and The Knights of the Apocalypse.
Notes: This is a sequel to Melisende and the final story in this series. This is basically my COVID-19 fic. It’s helped keep me sane and occupied during this awful time. I’ll admit that the story is self-indulgent and somewhat over the top. I also had a bit too much fun writing it. *g* I’m sure this goes without saying, but this fic probably won’t make much sense if you haven’t read the previous stories in the Sanctuary series.

As you may have noticed, this series has the same name as Sanctuary, the Spiteful Puppet audio adventure and the Chinbeard Books novelization by Paul Birch. Well, now I’ve gone and used the same title for this story. *g* In my defence, I came up with the title for this series just before the audio adventure was released, so it was by no means intentional. I tried to come up with another title for this last story in the series, but nothing else seemed to work. For three out of four of the fic series that I’ve written, the last story has had the same title as the series – usually because I ended up naming the series after the last story. In this case, I think I always knew that the last story would be called “Sanctuary”. I was just never sure if I would get around to writing it! Anywaaaaaaay, I’ll never be competition for either Spiteful Puppet or Chinbeard Books, so posting a story with the same title as one of their properties isn’t going to cause any harm.

There’s some French spoken in this story. I’ve provided footnotes for any French that isn’t entirely clear from the context. The English translations are included in the scenes containing footnotes.

This takes place after The Knights of the Apocalypse.

Disclaimer: This story is based on Richard Carpenter's series Robin of Sherwood. The characters are the property of Richard Carpenter, Robin May, Anthony Horowitz and the RoS production team. This is also based on “The Knights of the Apocalypse” audio adventure, which was based on an original script by Richard Carpenter, directed by Robert Young and produced by Barnaby Eaton-Jones, not to mention the novel written by Jonathan Green.

raven714 for the beautiful cover art that she created for Melisende: 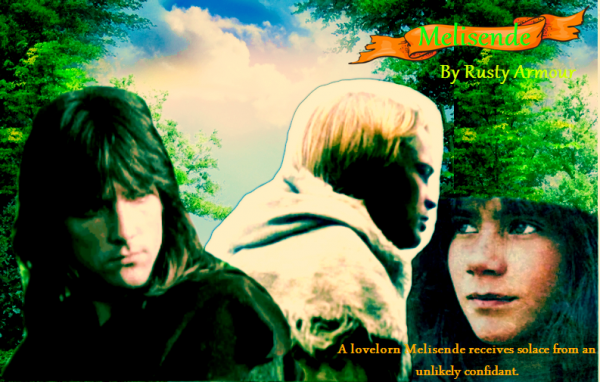 raven714 struggled a bit with this piece because she was trying to find the right image of Melisende. I can honestly say that this is pretty much how I imagined her. In fact, It's perfect. :-) I also love

raven714's choice of background and the different effects that she used to create this artwork. This is actually one of five different versions of this cover art that

raven714 created, but I like the one that she chose the best.

raven714's creative juices have been flowing because I plan to post the sixth and final story of this series on Friday, so I'll be looking for some new cover art for that. ;-)