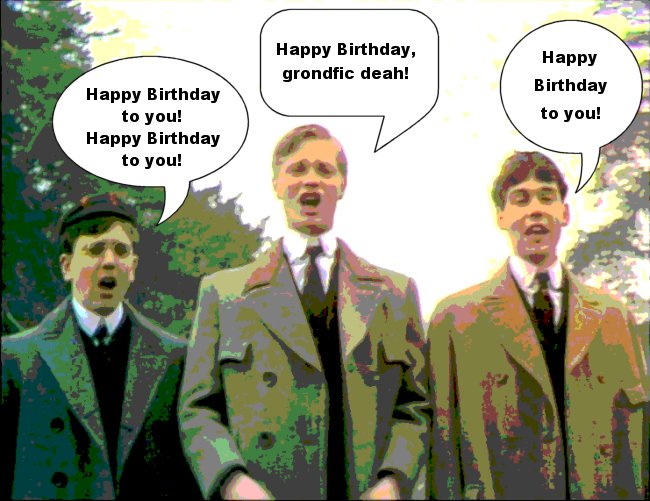 I had my first guest come to stay at my new place on Friday. EX Weekend had rolled around again, so my mom and I made our annual pilgrimage to the CNE. It took a lot of work to whip this apartment into half-decent shape, but my mom seemed very happy with how the place looked. Anywaaaaaay, it was a fun weekend and a very welcome break for both of us. ( Collapse )

I created a ton of screencaps from the Stalky & Co. DVD, many of which didn't make it into my review. I thought some of you might appreciate it if I shared the most flattering of the Robert Addie screencaps here. If you don't then you're an ass, a putrid ass. *g* ( Collapse )

On January 31st, 1982, the BBC began broadcasting a six-part series based on Rudyard Kipling’s Stalky & Co., a collection of short stories set at an English boarding school and featuring the escapades of three highly intelligent, if morally dubious, boys named Corkran (Stalky), M’Turk (Turkey) and Beetle. The stories covered in these six half-hour episodes are “An Unsavoury Interlude,” “In Ambush,” “Slaves of the Lamp,” “The Moral Reformers,” “A Little Prep” and “The Last Term”. Certain scenes are modified and dialogue is left out, but, overall, I think these are faithful, if somewhat sanitized, adaptations that successfully focus on the crux of each story. I’ll admit that there’s dialogue I miss and a couple of changes that seem unnecessary, but I can’t complain about a series that is able to transport me so easily to the Coll and this world I fell in love with the first time I read Stalky & Co.. ( Collapse ) 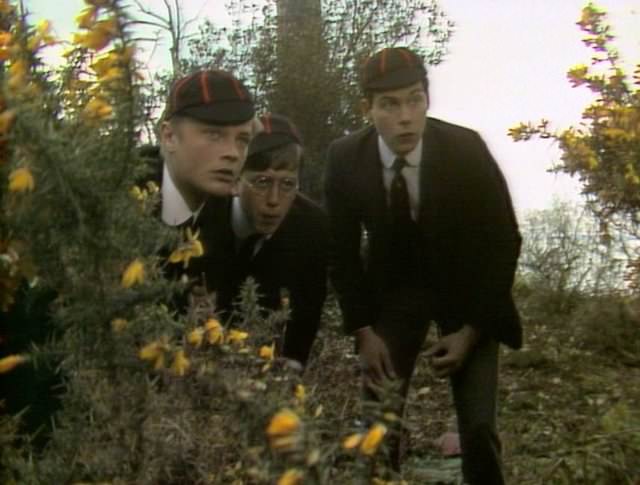 No, it's not mine as I haven't received my copy yet. Apparently, April 19th wasn't just a conservative delivery estimate, but the absolute truth. *g* Fortunately, for those two or three of you who are actually interested,

anitamaid has come through again and found a DVD review that includes screencaps and even an image of the DVD menu for Disc 1. Oh, and I'm happy to say that Stuart McLean gave Stalky & Co. an 8/10. :-)

Yes, today is the day. It's the official release date of the Stalky & Co. DVD! :-D To celebrate, I thought I'd share some Stalky-related links.

For anyone who hasn't had the pleasure of reading the original stories, or is trying to track them down, I'm happy to say that almost all of them (with the exception of "The Satisfaction of a Gentleman") can be found here at www.telelib.com. At LibriVox, you can download a free audiobook of most of the stories.

Of course, this wouldn't be a

rusty_armour rec list without fic. There's only a handful of Stalky stories that I've come across, but the best ones have been written by fawatson and Ione:

How The Beetle Got His Name

King and the Maiden

There's now a trailer for the Stalky & Co. DVD!

There's now a cover image for the Stalky & Co. DVD, my beloved 'earers, and it is our Uncle Stalky! The cover is not only beautiful, but it proves that it is the 1982 Robert Addie version that is being released! Okay, I had strongly suspected that it had to be the Robert Addie version because, as far as I know, there hasn't been any other TV or film productions of Stalky & Co. Still, it's wonderful to have it officially confirmed.

I'm not 100% sure, but it looks like Stalky & Co. may actually be released on UK DVD...EEEEEEEEEEEEEEEEEEEEEEEEE!!! A member of a Robert Addie Facebook group shared the news that Simply Media will be releasing Stalky & Co. in March 2016. I had a hard time confirming the news until I found a link for Amazon.co.uk where Stalky & Co. (the DVD) is available for pre-order! There's no cover image and very few details, but the studio name and date tally with the information I've already received. It seems too good to be true considering that it's been impossible to get any copies (thanks to the BBC) up till now. I'm being cautiously optimistic (and trying to resist the urge to pre-order a copy)...Come to my arms, my beamish boy! O frabjous day! Callooh! Callay!

I've posted this vid before, but I need to do something to celebrate: